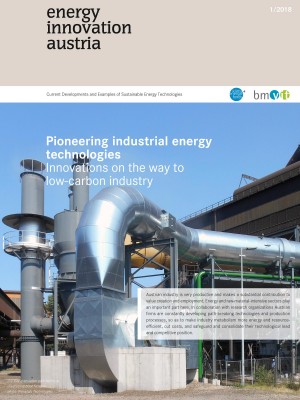 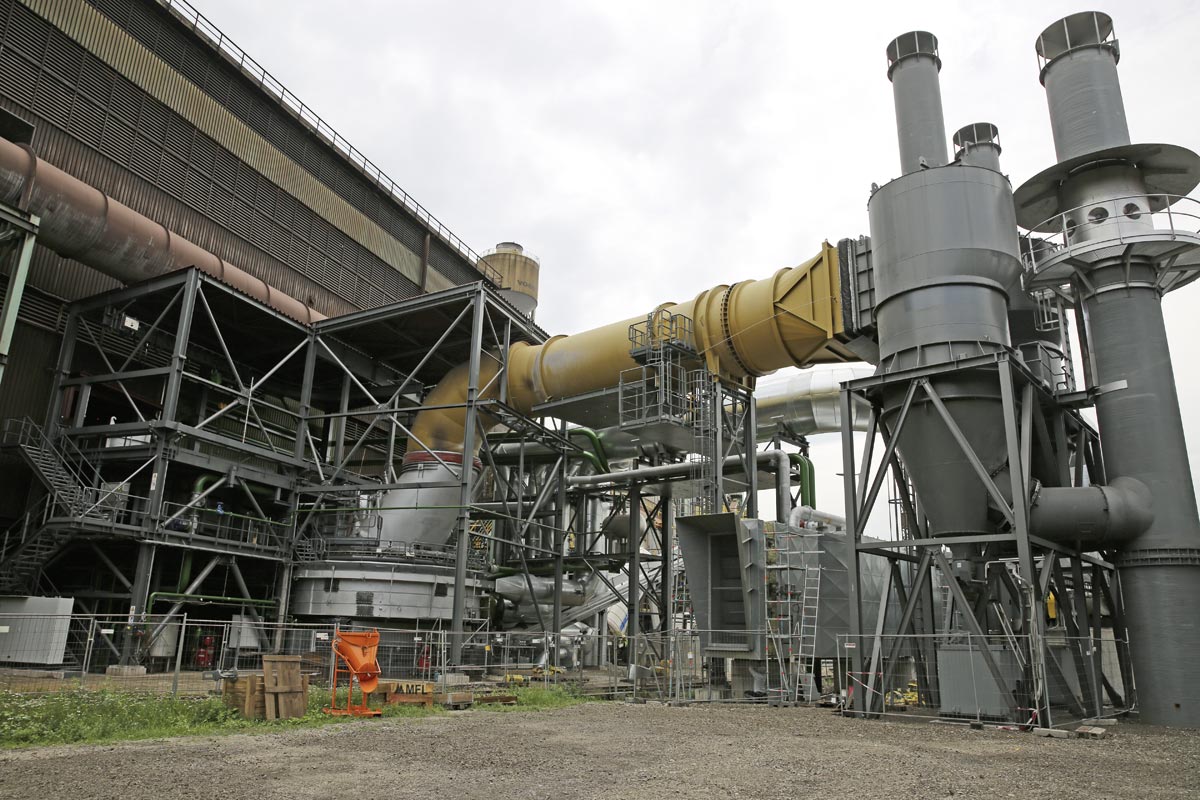 For each tonne of pig-iron produced in a blast furnace, the process results in roughly 300 kg of hot, molten slag as a by-product, mainly consisting of CaO and SiO2 (calcium oxide and silicon dioxide) plus Al2O3 and MgO (aluminium and magnesium oxide). Around the world about 400 million tonnes of blast-furnace slag are produced each year, at temperatures up to 1,500°C. The slag‘s mineral properties depend on how fast it cools down: slow cooling in air yields crystalline blast-furnace slag, rapid cooling in water glassy slag sand. Ground slag sand is mainly used in the cement industry as a constituent of so-called Portland blast-furnace cements and high-slag blast-furnace cements.

The standard process for obtaining slag sand is wet granulation; in this process the energy potential of the blast-furnace slag, around 1.8 GJ per tonne of slag, is wasted.

As part of the FORWÄRTS project and its successor, FORWÄRTS 2.0, an innovative approach to dry granulation of blast-furnace slag is being implemented by Primetals Technologies Austria GmbH in a pilot facility. This new process makes it possible to recover the heat given off to the air and use it in further processes, thus saving energy and water. Apart from voestalpine Stahl GmbH, Montanuniversität Leoben/Chair of Thermal Processing Technology and FEhS – Building Materials Institute are partners in implementation at a voestalpine blast furnace on the Linz site. The facility is currently in process of being commissioned.

The facility is based on the so-called rotating-cup principle: molten slag is poured into a rapidly rotating cup – the forces acting on the slag atomize it, and eject it radially against a water-cooled wall. On the way there (it takes milliseconds) these particles are cooled in air, and the hot exhaust air is removed. At this stage of the project the target is to produce high-grade slag sand. The most important criterion of slag sand quality is its glass content, which ought to be more than 95 % – this has a considerable effect on the sand‘s latent hydraulic reaction, which in turn influences the strength of the cements and concretes produced with it.

If the current project phase is completed successfully, with the engineering approach adopted and the slag sand‘s quality both confirmed, an overall strategy on an industrial scale, including heat recovery, can be worked out. To develop the right approach to downstream heat recovery a further research project could follow on, starting in 2019. The thermal energy recovered from the slag can be put to work to produce process stream or generate electricity or for various other heating or preheating purposes.

With the newly developed dry slag granulation process water consumption can be cut by up to 95 %. In addition, no energy is needed to dry the slag sand. With wet granulation subsequent drying consumes about 130 kWh of energy per tonne. Thus, starting from current practice, roughly 280 PJ of thermal energy could be saved per year. With the option of electricity recovery this is equivalent to a possible worldwide carbon-dioxide emissions reduction of 17 million tonnes per year.

In the pilot facility at voestalpine‘s Linz site the process is being tested, fine-tuned and developed further under real-life steelworks conditions. Since June 2017 every test run has been followed by detailed evaluation. The findings are incorporated in process modifications. The focus is on the process in the rotating cup, the exhaust air from the process, the fluidized bed and the product quality. Initial analyses of the slag sand‘s glass content show positive results and are above the target.

To achieve the research objective – automated operation plus compliance with the product specification laid down – suitable instrumentation and control systems are needed for atomizing the molten blast-furnace slag with a rotating cup. On the basis of the findings accumulated so far the research partners are investigating fundamentals; their results are then cross-checked in the pilot facility.

„Transforming the blast furnace iron-making slag into a valuable product for the cement industry while recovering the huge amount of heat contained is an unsolved issue of the industry. Primetals Technologies and its development partners have committed to develop a dry slag granulation process in industrial scale and condition in which the slag’s heat content is exploited to the maximum. This is one of Primetals Technologies’ most significant research projects. The DSG1 process has immense potential for boosting energy efficiency in iron and steelmaking. Assuming that half the blast furnaces around the world adopt this process, the resulting electricity savings correspond to the consumption of about 3.5 million households or 6.5 million electric cars, each travelling 10,000 km per year.“