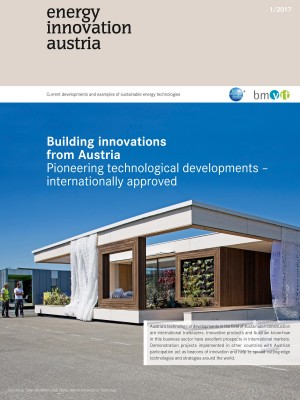 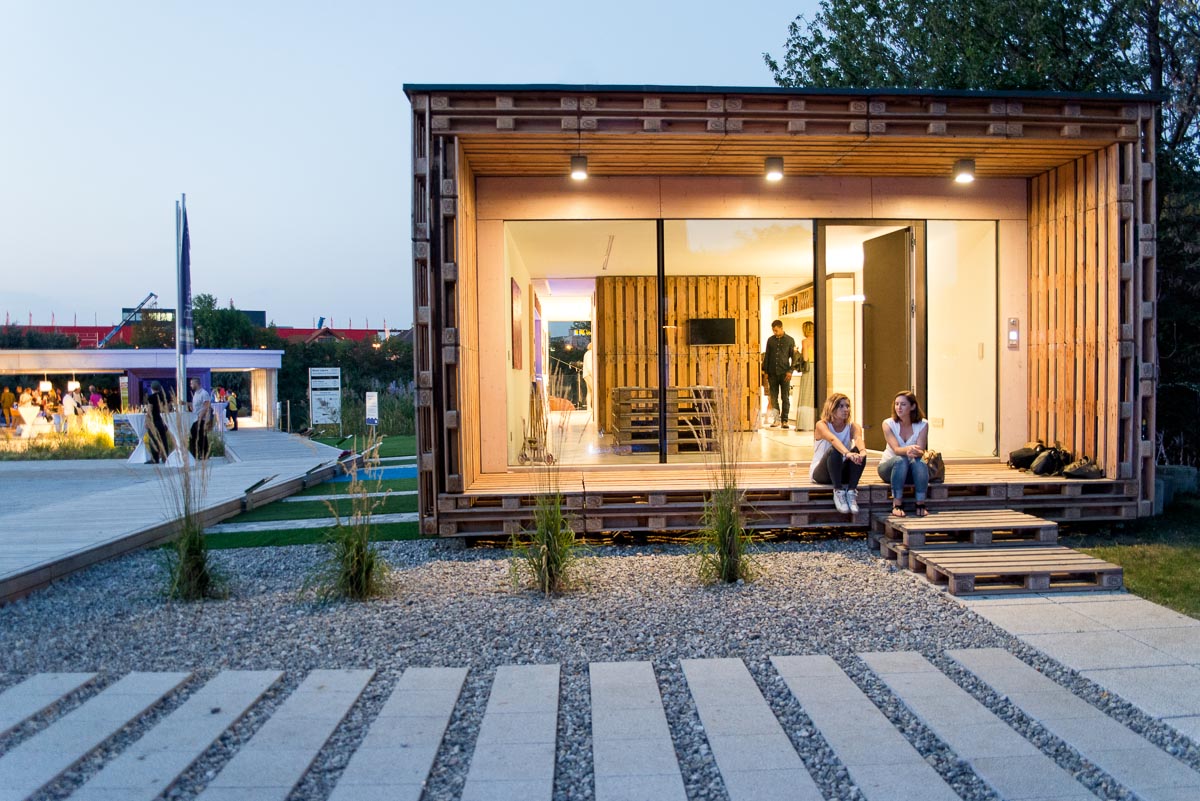 The architects Gregor Pils and Andreas Claus Schnetzer developed the idea of a pallet house as students at Vienna University of Technology (supervisor: Karin Stieldorf). The approach involves 800 used Euro-pallets, which are made up into modules and can then be fitted together easily and fast to form a house. Used pallets thus get a second lease of life. The multilayer structure is ideal for installing plumbing, insulation and lighting. The approach is ecological, energy-efficient and affordable; it is particularly suitable for temporary structures in varying locations. The house is prefabricated, and can be adapted to differing requirements in actual use.

In 2009 the pallet house was developed further in bmvit’s programme “Building of Tomorrow” as a passive house and to the production stage. This included establishing structural and physical conformity, simulating thermal bridges in three dimensions and calculating the energy consumption to be expected long-term. As examples two scenarios were investigated: temporary interim use of pallet houses in aspern Vienna’s Urban Lakeside, and erecting a low-cost building in South Africa.

For a South African school, the Ithuba Skills College, a simplified design was worked out and implemented in a township south of Johannesburg. The Slumtube, a barrel-shaped longhouse that saves on wood, is insulated with straw, the framing filled in with clay and covered over with sheet metal. One key aim was to keep construction cost down. To spread the know-how needed for construction, the local population was involved in the buildingprocess. Before the end of the project‘s lifespan the demonstration building was already up and running.

In 2008 the pallet house was awarded the French architecture prize Gaudi, and was then presented at the Biennale di Architettura in Venice. Exhibitions followed in Vienna, Linz (European Cultural Capital in 2009) and Brussels (European Economic and Social Committee/Overshoot Day in 2009). In 2016, coinciding with the 15th Biennale di Architettura in Venice, a permanent exhibition of the house started in the Architecture and Innovation Zone in the Blaue Lagune in Wiener Neudorf.

„In future construction must take not only energy efficiency but also resource conservation seriously. The Pallet House is meant to help us give more thought to using and reusing materials sustainably.“