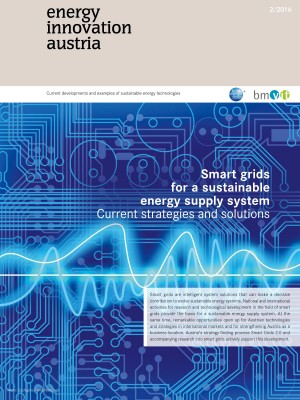 With the increasing share of renewable energy in power generation, it may be necessary in future to provide backup capacity in the form of rapid-response power stations, so as to tide over supply shortfalls. In today‘s electricity market only the amount of electricity actually supplied is paid for, not providing generating capacity; hence the expression “energy-only market”. As the share of power from renewables grows, while bulk prices for electricity go down, many conventional power stations become unprofitable to operate; a shortage of assured generating capacity might result.

The idea of introducing so-called “capacity markets” for electricity, where assured generating capacity is traded, rather than electricity consumed, is currently being discussed. Smart grids could be an alternative or a supplement to these. If flexibility from demand side and generation in a smart grid were encouraged (e. g. by means of load management and storage facilities), there would be much less need to invest in additional backup capacities.

Simulating the energy system of 2050

Researchers at the Institute of Energy Systems and Electrical Drives at TU Wien (Vienna University of Technology) investigated whether more load flexibility would make it possible to reduce backup capacities. To do this, an energy system for Germany and Austria in 2050 was simulated, in which carbon dioxide emissions from the electricity and heat sectors were 88 % lower than in 2011. The HiREPS simulation model developed at TU Wien was employed to determine how much more load flexibility would be required for this. The model identifies the necessary mix of power station capacities (renewables and fossil fuels) on the basis of detailed profiles for power generation, consumption and storage, plus future technology costs and targets for reducing carbon dioxide emissions.

Load flexibility in a smart grid

Analysis reveals that if the existing potential in the field of industrial load management is tapped and the electricity and heat sectors (power-to-heat) are coupled together flexibly, roughly 7 GW of electricity generating capacity could be saved in Germany and Austria. To achieve this, increased load flexibility of 5.8 GW in industry and 58 GW in the power-to-heat sector would be necessary. According to the calculations the backup capacities required could be reduced by roughly 5 %. The largest potential for capacity savings from industrial load management was found in chlorine and steel plants.

In the simulated energy system for 2050 the savings in fossil-fuel power-station capacity would contribute roughly 3.8 billion Euros to gross earnings. This could be used to implement the new technologies for more system flexibility. In the case of industrial applications and large power-to-heat facilities the cost of ICT infrastructure is not very significant; the main cost factor is compensation for the variable costs of rescheduling or shedding loads. However, ICT infrastructure costs have a considerable impact on profitability in the case of small-scale facilities (e. g. heat pumps in households). Here overall system efficiency could be improved if the ICT technologies were used synergetically for additional services (e. g. information or automation facilities).  

„In connection with smart grids the potential for exploiting flexibility – whether by rescheduling electrical loads or by cogenerating power and heat – is frequently presented as the solution to implement the energy policy change. However, the project “Smart Grid Backup” has shown that existing restrictions e. g. of production processes severely limit this potential. So flexibility must count only as one component of several important elements, such as efficiency, storage facilities and/or backup generating capacity.“